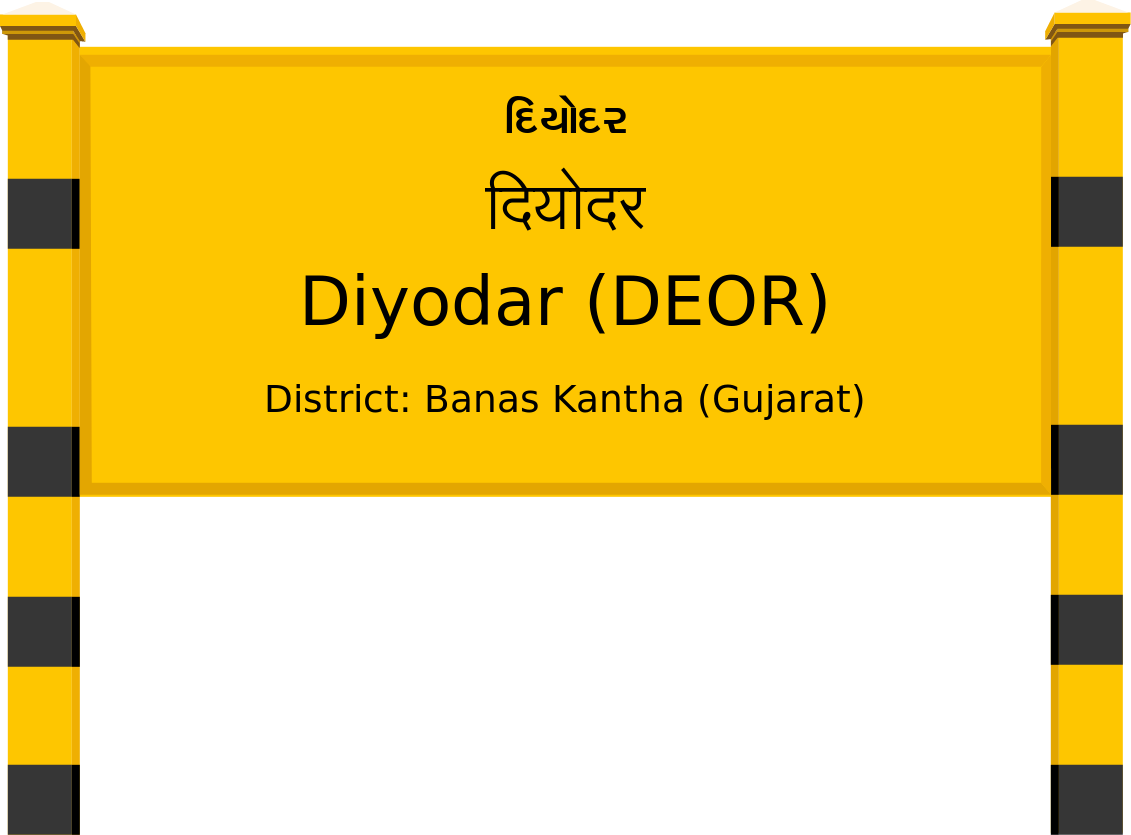 Adminstratively Deodar is a Census Town (as per 2011)

Diyodar Railway station is in Banas Kantha district making it an important railway station in the Indian state of Gujarat. The station code name of Diyodar is ‘DEOR’. As part of one of the busiest and populated Indian states, Gujarat, the Diyodar railway station is known amongst the top hundred train ticket booking and train traveling stations of the Indian Railway. The total number of trains that pass through Diyodar (DEOR) junction is 8.

Q) How many trains pass through the Diyodar Railway Station (DEOR)?

A) There are 8 trains that pass through the Diyodar Railway station. Some of the major trains passing through DEOR are - (GANDHIDHAM - JODHPUR SF Express, BHUJ - BAREILLY Ala Hazrat Express, etc).

Q) What is the correct Station Code for Diyodar Railway Station?

A) The station code for Diyodar Railway Station is 'DEOR'. Being the largest railway network in the world, Indian Railways announced station code names to all train routes giving railways its language.

A) Indian Railway has a total of 17 railway zone. Diyodar Railway station falls under the Western Railway zone.

Q) How many platforms are there at the Diyodar Railway Station (DEOR)?

A) There are a total of 0 well-built platforms at DEOR. Book you IRCTC ticket on RailYatri app and RailYatri Website. Get easy access to correct Train Time Table (offline), Trains between stations, Live updates on IRCTC train arrival time, and train departure time.

Q) When does the first train arrive at Diyodar (DEOR)?

A) Diyodar Railway station has many trains scheduled in a day! The first train that arrives at Diyodar is at GANDHIDHAM - JODHPUR SF Express at 01:16 hours. Download the RailYatri app to get accurate information and details for the Diyodar station trains time table.

Q) When does the last train depart from Diyodar Railway Station?

A) The last train to depart Diyodar station is the BHUJ - BAREILLY Ala Hazrat Express at 22:44.